Develooper is a unique instrument created by Petr Wajsar. An array of microphones, sound effects, and loop pedals allows him to perform in real time without prior preparation, layering and modulating the sonic signal however he chooses. This summertime performance at the Lhotka outdoor swimming pool was livened up by the bells of a nearby church and Štěpán Janoušek’s trombone.

Composer, singer, and instrumentalist Petr Wajsar (*1978) moves freely across a number of musical genres. He studied composition at the Prague Conservatory, the Jaroslav Ježek Conservatory, and HAMU. He is a sought-after composer and musician. His collaborators include the Czech Philharmonic, the Prague Radio Symphony Orchestra, and the Prague Spring Festival. He has received several awards for his work with the a capella vocal sextet Skety. He performs on small stages around the country with his one-man project, Develooper. He received a Czech Lion award for his music for the film Hastrman.
www.wajsar.cz 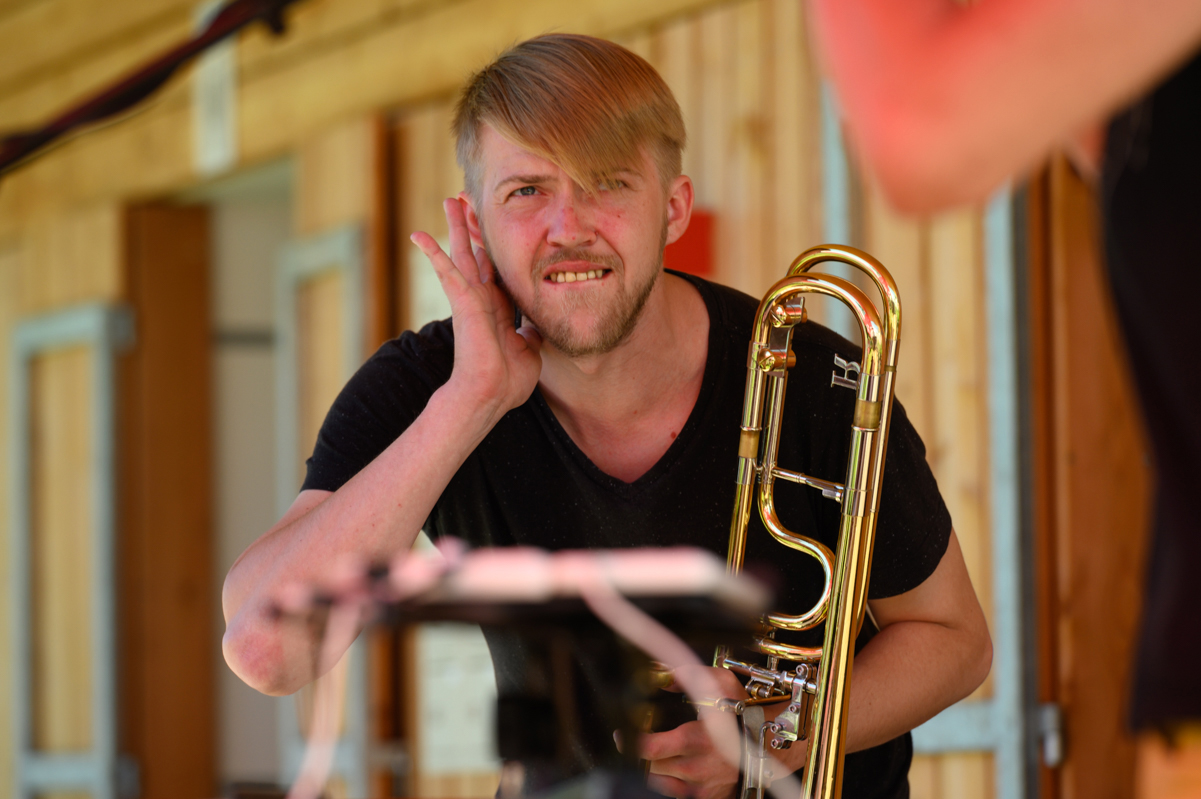 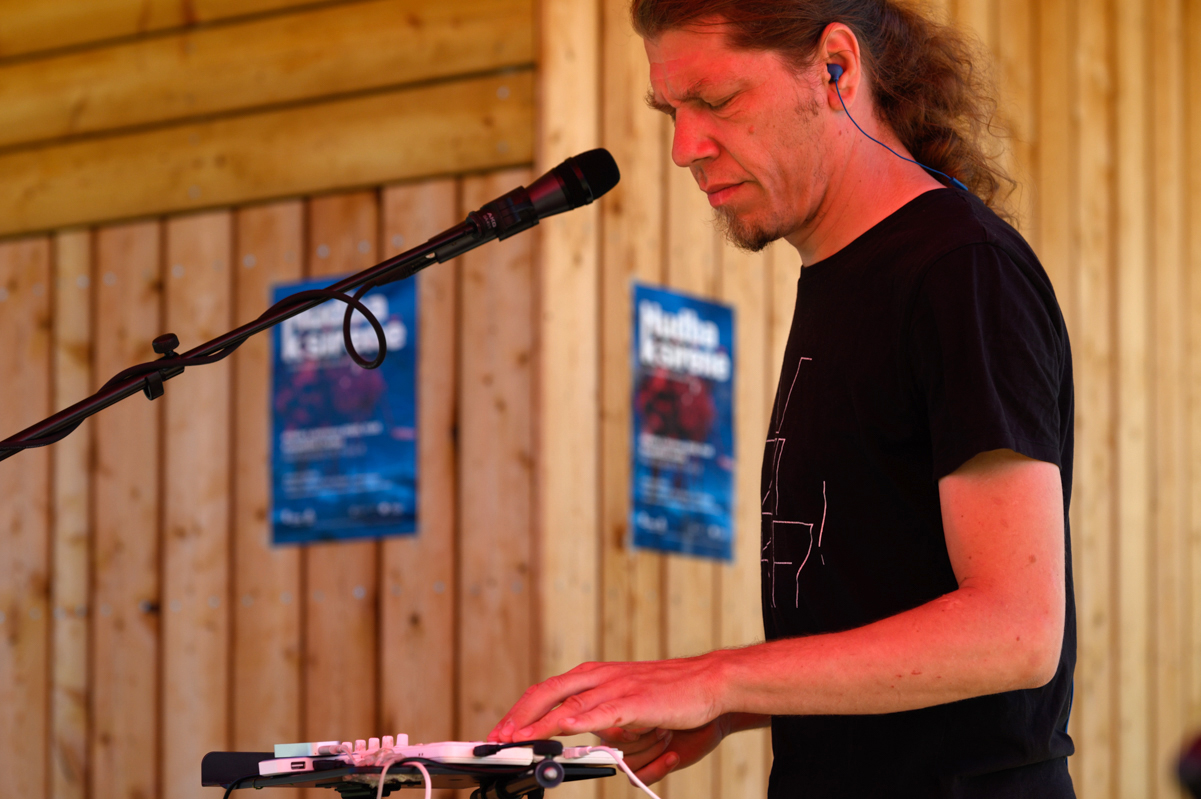