We mostly see a staircase as an intersection, a utilitarian construction element that helps us get to the goal of our journey. Jiří Lukeš distributes the musicians into separate levels of the Jan Deyl Conservatory, using the staircase as an auditorium, making it – at least for a few minutes – a place in which to pause.

Jiří Lukeš (*1985) studied composition and accordion at the Prague Conservatory. In 2014, he graduated from Ivana Loudová’s composition class at HAMU. The central focus of his work is the performance of contemporary music and explorations of new sonic and performative possibilities on the accordion. Since 2015, he has represented the Czech Republic in the Confédération Internationale des Accordéonistes. He teaches at several institutions. As a composer, he has recently focused more on intermedia projects. His pieces have been heard at concerts and festivals in the Czech Republic, Europe, Japan, and China. He is a member of the Konvergence composers’ collective.
www.jirilukes.com 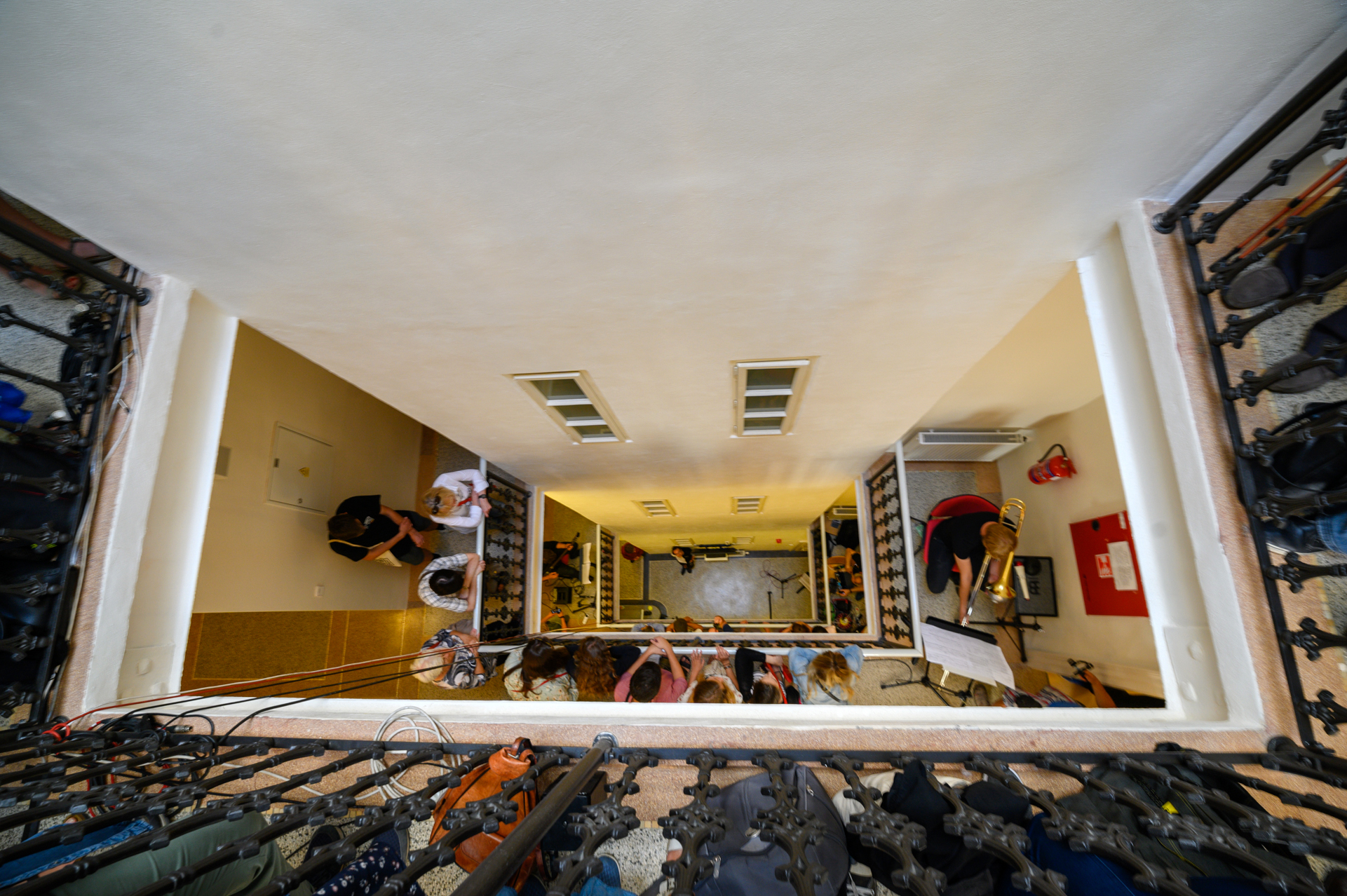 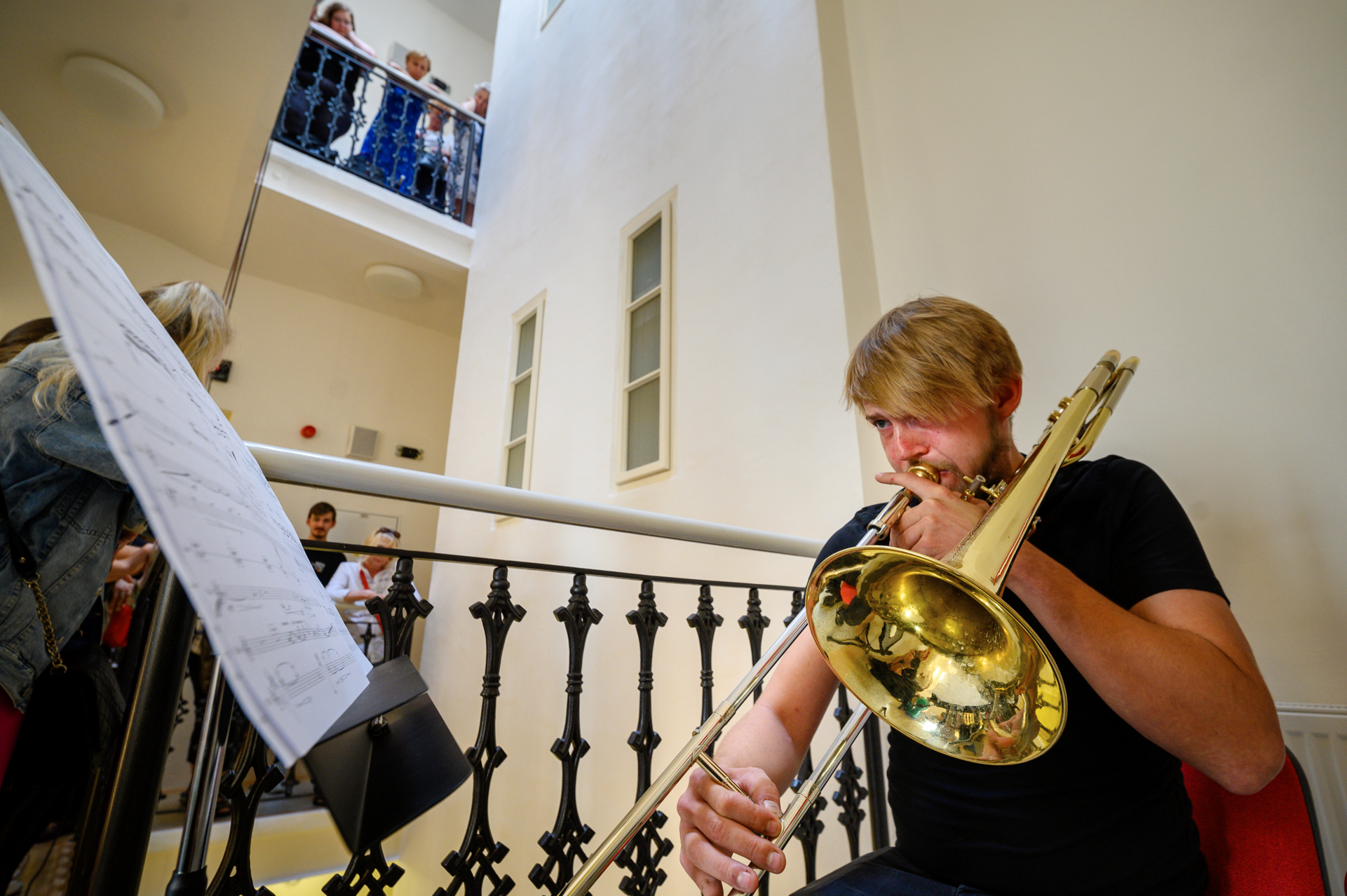