This composition for radio by Jan Trojan is a series of three sonic happenings that took place simultaneously in the courtyards of the New Town Hall, the Academy of Performing Arts in Prague, and the Upper Square in Olomouc. The individual parts – performed on trombone, flute, and saxophone – were only brought together on the airwaves, alerting us to the importance of being aware of relationships in our acoustic environment.

Jan Trojan (*1982) studied composition at the Teplice Conservatory and at HAMU, where he graduated in 2012 with a thesis titled “Acoustic Ecology and Soundscape”. He took part in an exchange at the Universität der Künste in Berlin (2011–2012). In 2015, he was awarded a Fulbright-Masaryk scholarship to study at the Center for New Music and Audio Technologies, at the University of California, Berkeley. He is a musical director and sound designer at Czech Radio and an assistant lecturer in the department of composition at HAMU, with an emphasis on electroacoustic music.
www.jantrojan.cz 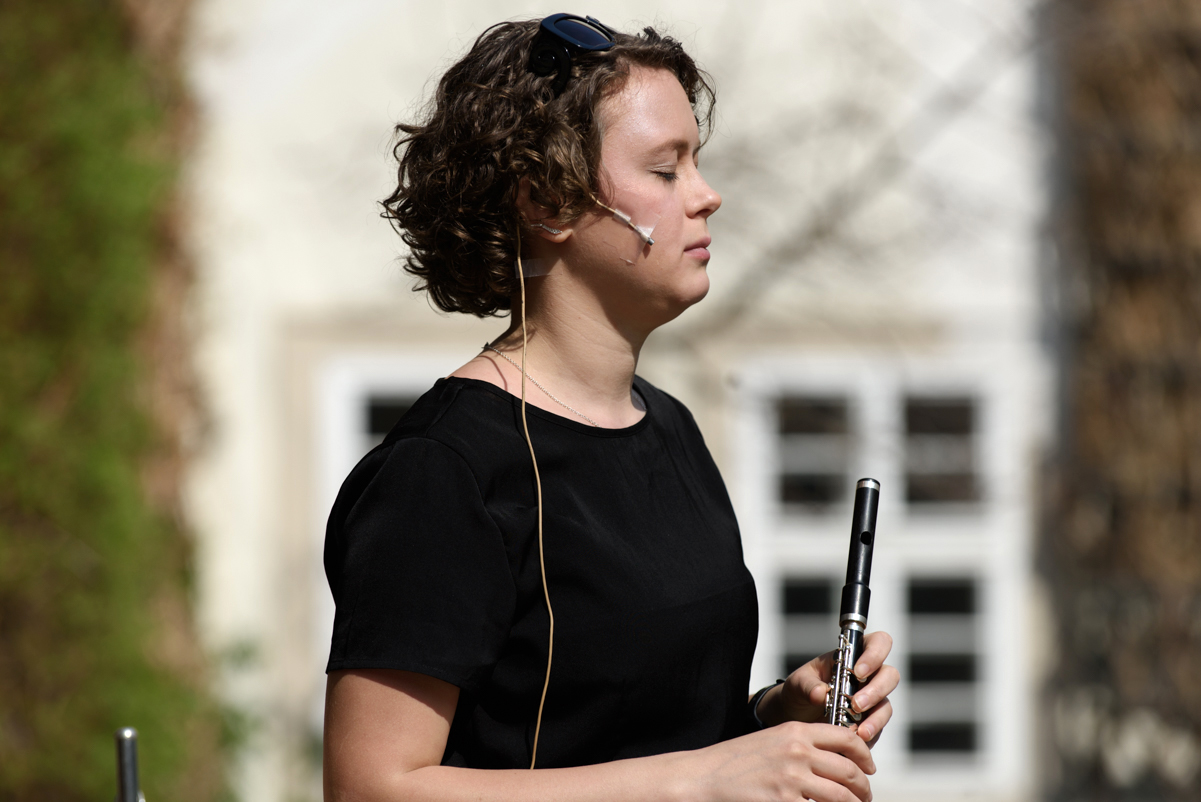 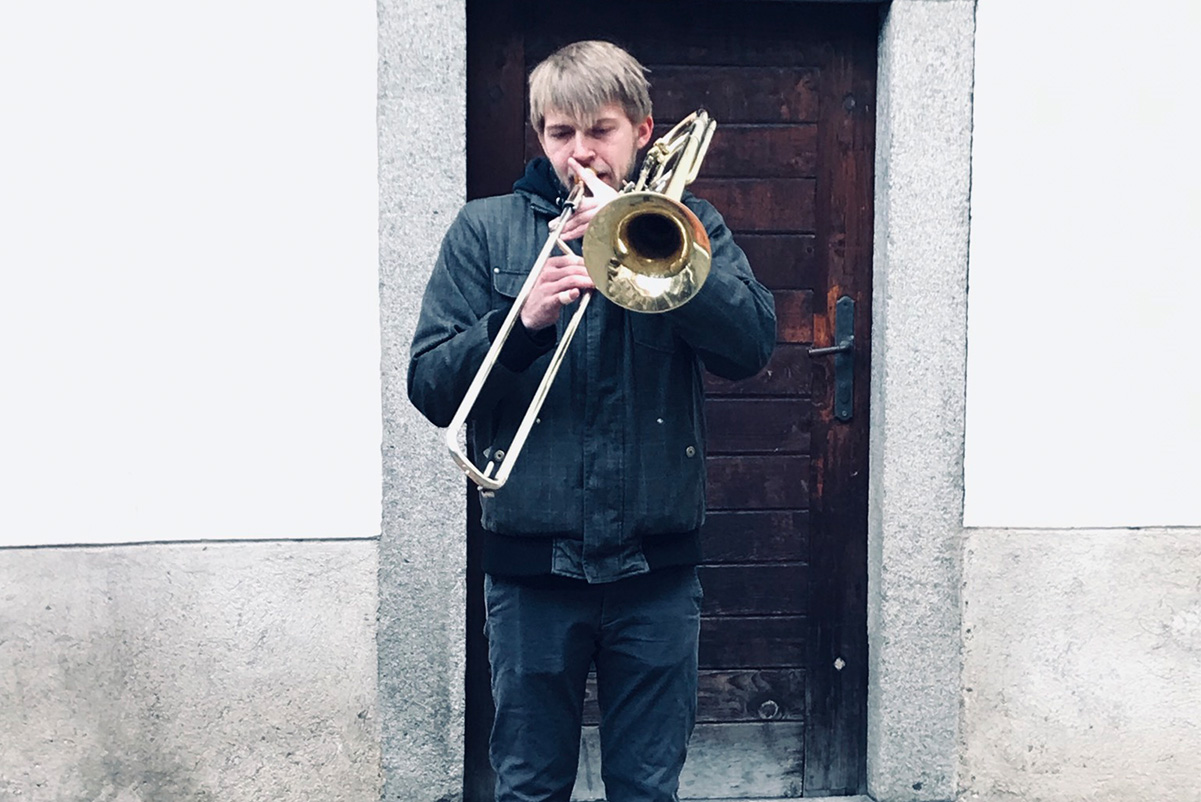