The composition is based on fragments of letters written in the 13th century by St Clare of Assisi to St Agnes of Bohemia. The siren is not the only equal partner to the ensemble: there are also the acoustics of the space and the walls of the Convent of St Agnes. The space, with its long reverberation time, co-creates the harmonic structure of the piece, the singers moving around complete the sonic result. The work was created with the help of the Visegrad Fund residency program.

Slavomír Hořínka (*1980) studied violin at the Pardubice Conservatory and then composition at HAMU. In addition to the Berg Orchestra, his music has been performed by the Czech Philharmonic, the Prague Chamber Philharmonic, MoEns Ensemble, the Bennewitz Quartet, and other Czech and international ensembles. He has also collaborated with leading soloists including Sophia Jaffé, Barbora Sojková, Tomáš Král, Tomáš Jamník, and others. He lives in Prague with his wife and four children. He has been a professor at the composition department at HAMU since 2006. He also leads non-traditional compositional workshops for children.
www.horinka.cz 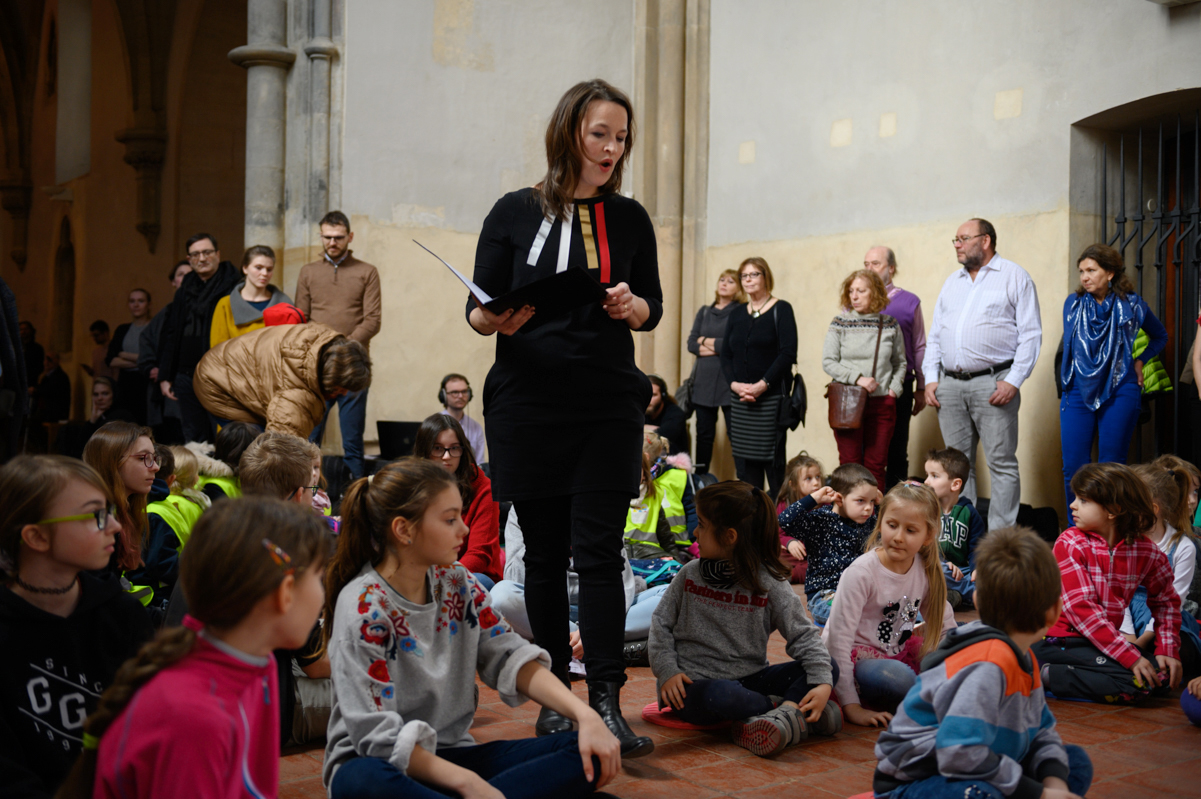 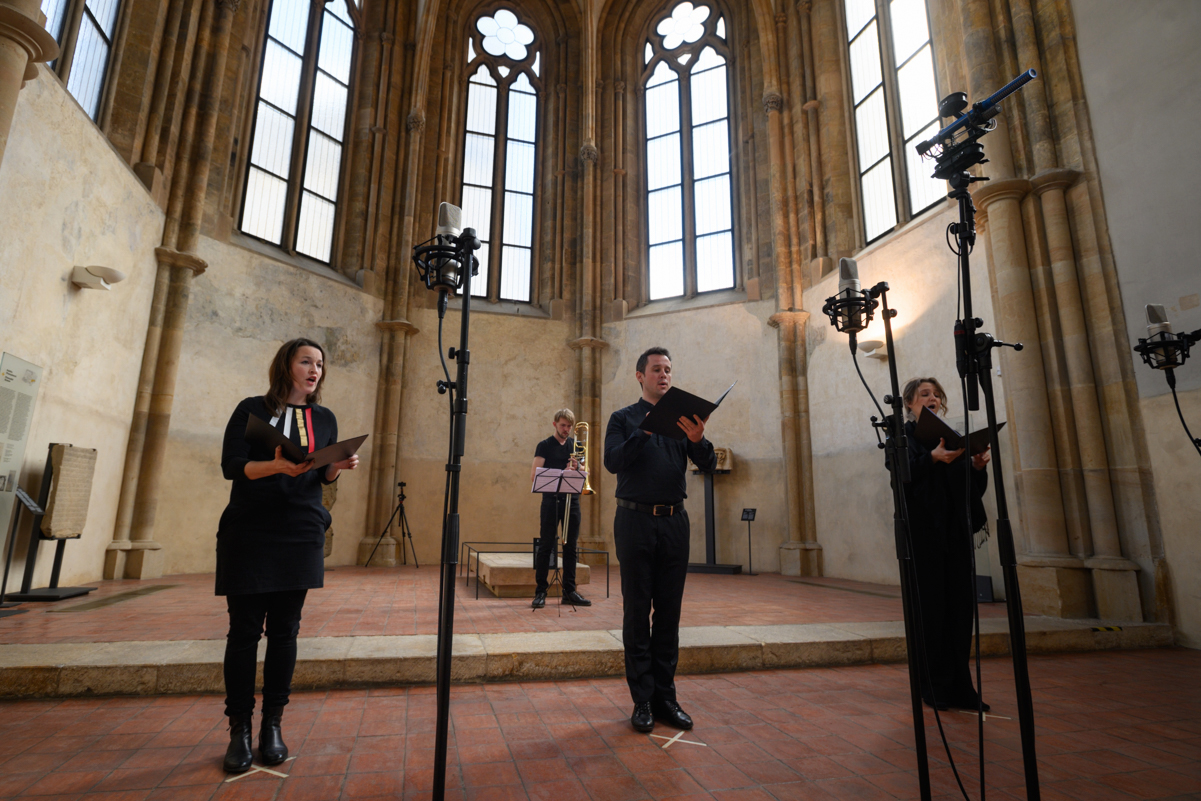 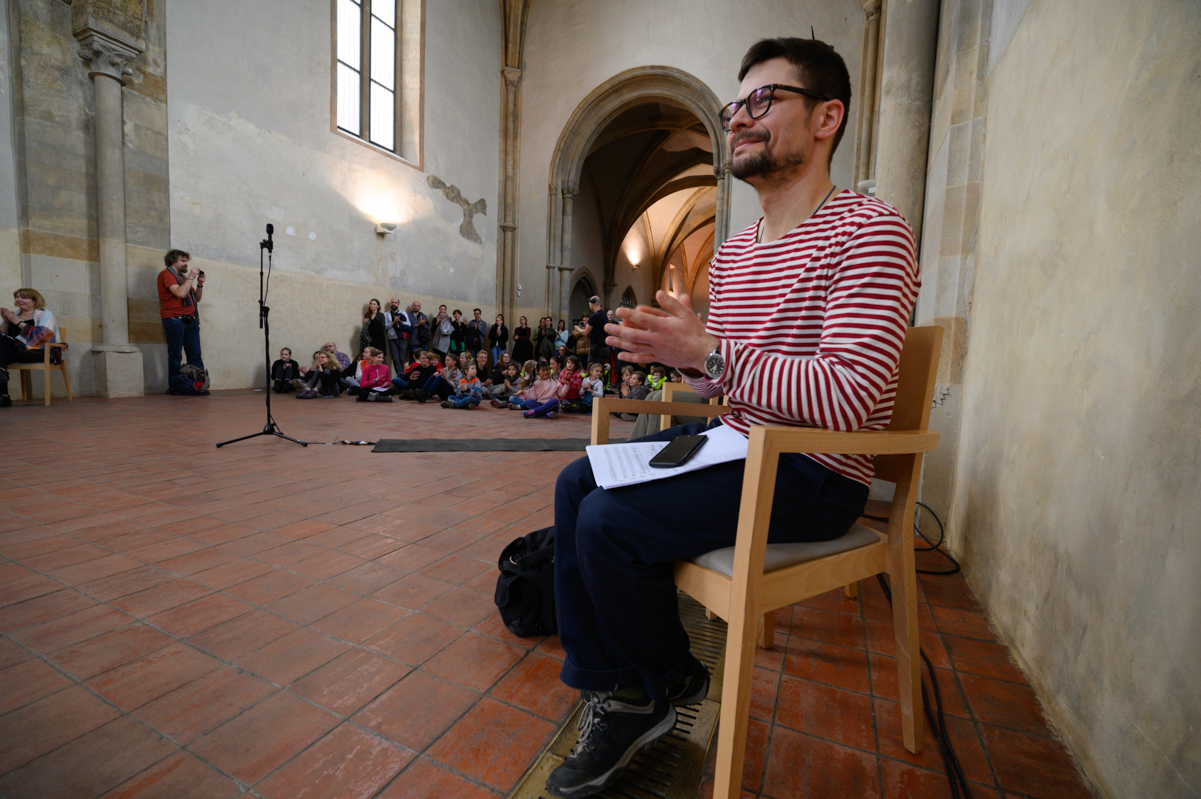